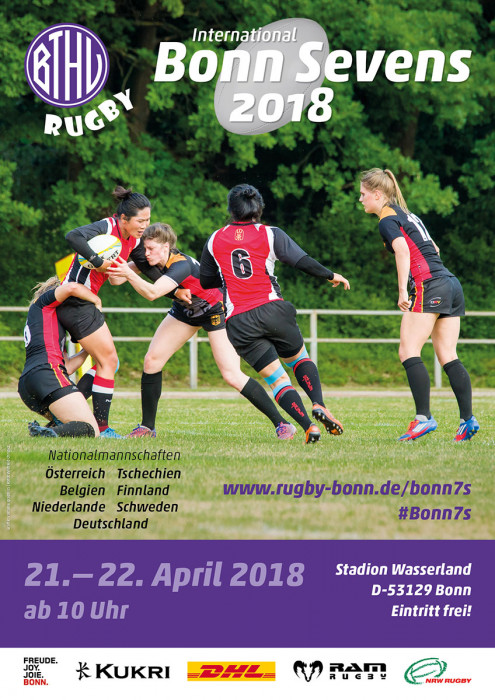 With the new European Sevens season just around the corner the need for second tier women’s teams to gain more match experience in order to be competitive has never been greater.

Three years ago, Bonn launched small invitational tournament for women's 7s teams. This year the tournament has expanded with seven national teams coming together to an intense weekend of matches as part of their preparations for the Rugby Europe championships.

Belgium, Germany, Finland, Netherlands, Austria, Sweden and the Czech Republic are all sending teams to Bonn, for two-day tournament designed to maximise game time with a round-robin followed by a knockout matches.

After their heroics in Hong Kong, Belgium would seem to be the team to watch. Based on the published fixtures Netherlands only seem to be taking part on the opening day

The tournament takes place in the Wasserland Stadium in Bonn, kicking off at t 10:00 clock on Saturday and Sunday.