Black Ferns too strong for Wallaroos 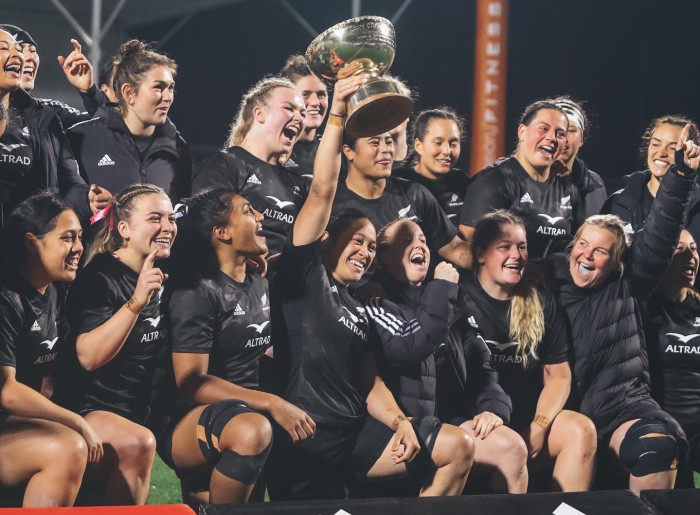 New Zealand’s Kendra Cocksedge and Ruahei Demant dominated the contest as the hosts ran away with the victory.

Demant and winger Ayesha Leti-I’iga finished with doubles as the Black Ferns retained the O'Reilly Cup, remaining undefeated against the visitors.

Piper Duck got a late try for the Wallaroos as they struggled to shut down the hosts' attack, looking to bounce back in Adelaide next week.

“Full credit to the Kiwis, they put us to the sword and they really made us pay as we struggled to grind them down and stop their possession,” Wallaroos captain Shannon Parry said.

Cocksedge set up the first try after several strong bursts from the Black Ferns forward pack as the scrum half put Ruahei Demant through a hole.

The Wallaroos looked promising when they spread the ball through Ivania Wong and Mahalia Murphy but couldn’t find any ascendancy at set piece time as the hosts controlled the first half.

Lock Joanah Ngan-Woo powered over the line eight minutes later before centre Amy du Plessis stretched out and dived over the line to score her first try in International Rugby.

Cocksedge then put Ayesha Leti-I’iga through a hole almost immediately from the kick-off to ramp up their attack.

The 34-year-old’s show and go caught the Wallaroos’ defence napping as she dived over the line to give the Black Ferns a 26-0 lead at the break.

The hosts picked up where they left off as Ayesha Leti-I’iga sprinted over to score a great individual try.

Demant picked up where her halves partner left off as both teams rang in the changes, crossing for a double.

This was followed by winger Leti-I’iga getting her second to put the result out of question.

Replacement hooker Luka Connor capped off the dominant performance with a late try from the rolling maul to bring up the half century.

With time running, a great pass from Emily Robinson set up one final attack as the Wallaroos got a late consolation try to Piper Duck.