Australia kick off their test season in Newcastle on Saturday with the first of two matches against Japan with their preparation including an opposed session against the visitors on Tuesday. 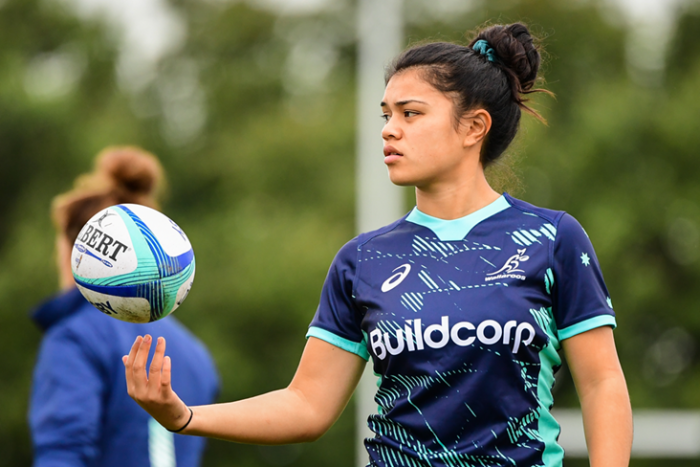 The sides played three 20 minute sessions in an unusual build-up to a test match, but Cobie-Jane Margan says it will have been a huge help to both.

"Basically it was just to sort out our combinations and coming together after a pretty strong season of Super W, for the coaches' and the players' perspective to get the right combinations coming into the Test match," Morgan said.

The test against Japan is seen as a gentle lead up to upcoming clashes against the Black Ferns - scheduled as double-headers with the Wallabies and All Blacks in Perth and Auckland next month.

"From experience, extra Test matches during ahead of the Bledisloe Tests, is something that we've never really had, so going into the Test matches  against New Zealand, it's been really good having that hitout against Japan," Morgan said.

The relatively new Super W compeititon has helped to develop depth in the Australian team and there is excitment about the tranche of young players including 18 year old Alysia Lefau-Fakaosilea who lit up the 2018 Brisbane Tens with impressive performances for Queensland and followed that form up with consistency in the Super W.

After moving from New Zealand midway through high school, Lefau-Fakaosilea only recently became officially eligible to play for Australia.

Australia beat Japan the last time they played, with a 29-15 victory in the Women’s Rugby World Cup in 2017.

This is Japan's first test since that event and captain Saki Minami said these are tests that they were looking forward to.

“It's a very hot summer right now (in Japan) and coming to Newcastle it's nice and cool! The first match since 2017 World Cup, we play against any international side so we are very excited to play this game and we have been preparing well for this game.”

The Wallaroos host Japan on Saturday July 13 at Newcastle No. 2 Sportsgound kicking off at 3pm AEST, LIVE on FOX SPORTS, Kayo and via RUGBY.com.au RADIO. They will play a second Test at North Sydney Oval on July 19.