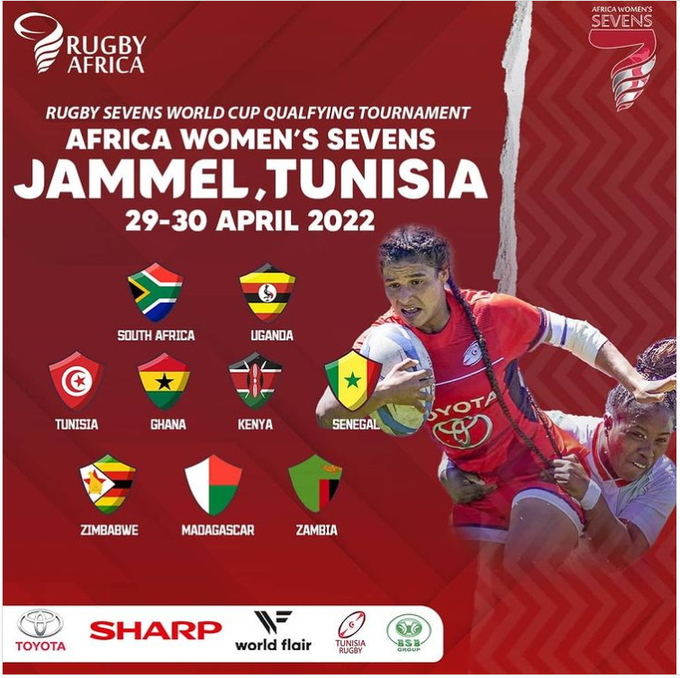 The build-up to this event has seen more African nations take part of the biggest qualification series that the continent has ever seen.

Nine teams take part with places at the World Cup and Commonwealth Games to be decided. The pools were drawn yesterday (Wednesday) and are:

It is three years since there was an African Sevens, when the tournament came an incredible final between South Africa and Kenya, the Springboks only winning it 15-14, making up for having lost to the Kenyans in the 2018 Commonwealth Games.

Since then, South Africa have not played any international sevens. Kenya, on the other hand, have been to the Olympics, the 2021 Madrid and Dubai Sevens, and were winners of the Rugby Africa 2021 “Solidarity Camp” where they beat Tunisia and Madagascar.

So the question is… have Kenya now overtaken South Africa (as they were threatening to do in 2019), or has the increased support to the game given by the SARU allowed the ‘Boks to reverse what had been something of a downward trend in Sevens – or at least a failure to keep up.

Tunisia – especially at home – could be an outside threat as they have also been very active over the past year.