We look ahead to the next 12 months and what there is to most look forward to in the world of women's rugby. 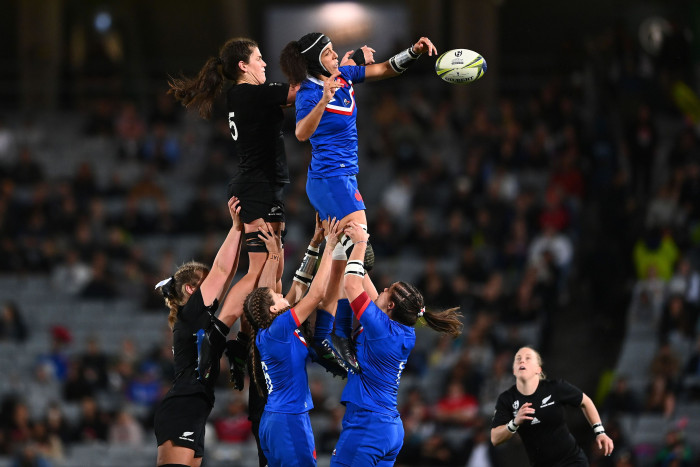 WXV: World Rugby’s long awaited WXV competition kicks off next year. This is a three-tiered format, with the top six teams from the Pacific Four Series and the Six Nations (the top three from each) in the leading tier. The competition will change the face of the international game, providing for the first time a genuinely meaningful and consistent pathway for all leading teams and a vital opportunity to grow standards on the way to a 16-team World Cup in 2025. New Zealand are talking up their hopes of hosting the first competition involving the top tier, which kicks off in September.  With this competition and other ideas being discussed, the women's game is on the cusp of achieving what the men's game has never managed - a truly aligned global calendar which will benefit players and supporters. Exciting.

The impact of professionalism: In this year’s Six Nations, all of the teams involved will feature players with fulltime contracts for the first time– remarkable progress, given England went first just four years ago at the start of 2019. Their dominance, alongside France, has encouraged others to take the leap with Ireland and Scotland in recent weeks confirming contracts while Italy and Wales did so earlier this year. Contracts are not the solution to all a team’s ills but they do make a huge difference to helping players to improve and recover, and will at least go some way towards levelling the playing field in the years ahead. With New Zealand and many other teams now also being paid to play, improvements in fitness and skills could make the women's game even more attractive in the years ahead.

New look world series: The announcement went rather under the radar, but World Rugby’s major restructure of the sevens world series is a massive shake up. Billed as a move to generate new fans and make the rounds more exciting, the changes are also in reality cost-saving ones, with the number of men’s team cut and the number of venues streamlined. The changes are mostly positive for the women’s game, which will now compete alongside the men at seven tournaments over the course of the year, and many players will be delighted at the chance to play in front of bigger crowds more consistently, with some women's events still struggling to attract crowds consistently.

New faces: There will be an inevitable turnover of coaching and wider staff following the World Cup, with an opportunity for some different faces and ideas to come into the women’s game. We know that New Zealand and South Africa are already in the hunt for new head coaches, while there are reviews ongoing in several other countries including England, where changes are likely. The growth of the game and the opportunity to be part of a World Cup cycle which will surely end at a sold-out Twickenham, is an attractive proposition and with unions more willing than ever to bring in the right experience and improve salaries for those working with their women’s teams, we may see some interesting hires across the sport. In the past international coaches in the women’s game often lacked significant high-performance experience – that is already changing and could make a huge leap forward this year again.

More records being broken: The World Cup Final broke a world record for a women’s rugby match and for a standalone women’s sporting event in New Zealand, with a crowd of 42,579 turning out.  The record could be broken as quickly as April with England's game against France at Twickenham selling well and close to 30,000 already.