New Zealand completed their competitive World Cup preparations with a 33-21 win over Canada today (Saturday 14th June) in Whakatane. The game also completed Canada’s short tour. Both now return to the training ground to prepare for the World Cup, which starts in Paris in just under seven week’s time. 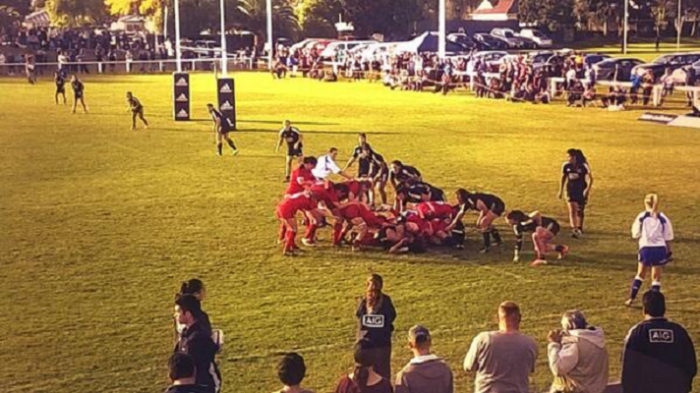 Canada pressure New Zealand near the end of the first half

As in the first test between the same two teams the game saw the hosts take the early advantage, racing to an early 26-0 lead. Afte a nervy start again by both teams Ferns captain Fiao'o Fa'amausili began the scoring after 10 minutes following a drive, followed by Renee Wickliffe four minutes later, using her speed and footwork. Huriana Manuel added a third on 26 minutes, before on 31 minutes Honey Hireme broke down the right to put Shakra Baker in for a fourth.

It was a devastating period of play, but Canada  were soon fighting back with fullback Elissa Alarie intercepting a New Zealand pass at the Canadian 22-metre line and going the length of the pitch for Canada’s first points of the match. The conversion from Magali Harvey made it a 26-7 score at the half.

Harvey, a Canada Sevens player, then showed off her speed and footwork beating two defenders down the sideline to bring Canada within 19 points.

As the previous week, it was now all pressure for Canada, but again the Ferns defence held. Canada coach Francois Ratier making six second-half substitutions, and fresh legs allowed Canada finally told when Hilary Leith touched down for her first try of the tour and Harvey’s third conversion of the match made it a 33-21 game.

However, again the breakthrough was too late with the whistle going two minutes later.

Recordings of some of the previous games in the series are now available: