What next for the 6 Nations?

Put aside the closeness of the final between England and France, and it’s clear the women’s Six Nations has some challenges it needs to overcome. We look back at the 2021 Championship and ponder what next. 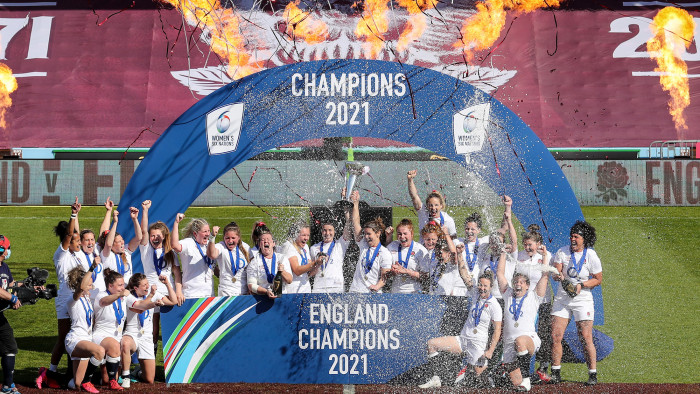 While the new format meant that some traditional awards - such as the Triple Crown and Grand Slam – were unavailable, and for most unions the loss of up to 40% of their annual test programme, the positives were significant.

Freed from the shadow of men’s test rugby, the Championship generated far more media interest than in the past with some unions receiving a level of critical questioning about the support given to their women’s programme that they have never faced before.

It also built to a big media (and potentially sponsor) friendly final, was played in decent weather - allowing for the game to be seen at its best - with potential to encourage larger crowds, and also removed the often giant hole in the domestic club programme.

Moving the Championship to this place in the calendar in future seems a given and should be confirmed, but the challenge faced by the organisers will be how you move back to a five-test format but retain the concept of a showpiece finals weekend.

Revolutionary ideas such as expanding to an eight-team tournament, including Spain and possibly Russia, with two pools of four plus semi-finals and finals, have been suggested – but for all the benefits that would give to European test rugby - realistically it would be a step too far for what is, at heart, a very conservative Championship organisation.

The compromise might be to simply ensure that the best two teams in the tournament (currently France and England) do not meet until the final weekend – or perhaps having a sixth finals weekend with the top two playing off to decide the Championship.

But questions about calendars and format are really the easiest challenges to solve.

The increased profile threw into sharp relief this year how uncompetitive most of the games in the tournament are.

For all of the love and tradition, how long can a Championship continue as it is if everything depends on just one of the ten games? England and (for all of their occasional stumbles) France are now so far ahead of the rest of the pack that if an opponent does not ship 50 points, it is looked on as being a small triumph.

England and France scored 33 tries in their two games before the final, with England fully admitting that they did not play well in their two pool games, yet they won these games by 42- and 64-point margins.

Both have ambitions to be in the top three teams in the world and win the World Cups, and the time must come when questions are asked about how useful such games are in achieving these ambitions. If a team gets used to winning 80% of its games despite playing poorly, what effect does that have on their performance in the 20% of games where they have to play well?

The problem is that – unlike calendars and fixture schedules – there is no quick solution to this one. The reason why some teams who used to push, and occasionally beat, France and England have now dropped so far behind is not due to something that has happened in the last year and can easily be turned around. Some of it is due to decisions taken up to a decade ago.

As we have said before, the performance of the national team is the tip of an iceberg. Its strength is a function of systems that starts at the bottom. A decade ago Wales had one of the best talent ID programmes - they regulary beat England at age group level. But they gave it all up, and now we see the results.

Ireland were 6 Nations champions in 2013, World Cup semi-finalists in 2014 and 6 Nations champions again in 2015 - now they are conceding 56 points to France and facing rather a hammering from Irish media about how they promote their national team. That the IRFU have not built on that success, and on the interest in the country in women's rugby in 2017 is obvious, but post-pandemic, and with their plans to strengthen their club system having been massively curtailed, there is no quick fix.

Even if Wales, Scotland, Ireland and Italy went fully professional tomorrow, it would take some years before it had an effect, not least because the problem is much deeper than paying the players. It’s about promoting and developing the game, its club structures, pathways and talent ID – and also whether and how long England and France will be willing to wait for them to close the gap.

Because sponsors and broadcasters will be looking for games that attract large audiences, and in truth at the moment an England v France series, with games going down to the last minute, would be a more attractive property than a tournament where most are decided before half-time.

Some big decisions must be taken by those unions falling behind, by those surging ahead and by the 6 Nations organisers.