Time to let go of the coattails

Making a “Player of the Tournament” while a fifth of the competition has still be played is the last straw. It’s time for women’s rugby to find its own path, says Scrumqueens' John Birch 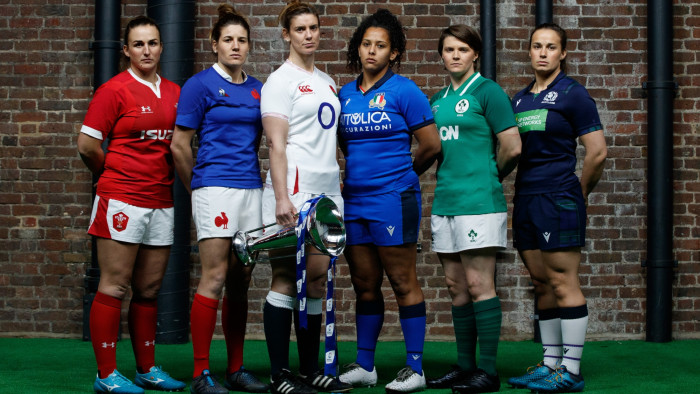 Emily Scarratt’s award as the 2020 Six Nations “Player of the Tournament” – the first such official award for the women’s tournament - was fully deserved. She is an outstanding player who had an outstanding Six Nations.

But it also highlighted a problem for women’s rugby. Because the men’s winner was being awarded, Emily’s announcement was at the same time… despite the fact that the women’s competition still has three of its fifteen games to be played. The press release for the award pointed out that Emily had played more minutes than any other player - which is no great surprise as England are the only team to have played all five of their games. Scotland have only played three!

It is inconceivable that the men’s winner would have been announced in the same circumstances.

There were several options open to the Six Nations Committee:

*They could have delayed the award ceremony until after the women had also finished (there is no compelling reason why the award should be made in the first week of November anyway);

*They could have just announced the men’s winner and delayed Emily’s coronation for a few weeks; or

*They could have done what they did and make the award now – an action that is like awarding the Player of the Match midway through the second-half.

And I know the arguments. The women’s game benefited from being part of the big shebang caused by the men’s award. There is much more chance of Emily appearing in the next day’s papers if it was a dual event. That Women’s Six Nations benefits from being swept along on the coattails of the publicity that the men’s generates. And, to be honest, I’ve gone along with them. Until now.

Because in the end what last week's award showed is that the women pay a price for being included in the big hoo-ha of the men’s six nations. The price of always being the “and also”; of lacking independence.

And that is reflected in things like having to put up with whatever match times and dates that are left on crowded Six Nations weekends, after the men have had first pick. We have a crazy situation now where, because no women’s match can overlap with any men’s match (even if one is in Scotland one is in Italy), the women’s matches end up clashing with each other!

This is, of course, a pretty major barrier to offering coverage of the tournament, and that disjointed coverage hardly helps the women’s tournament get sponsorship.

But that is not the half of it, because obviously the men get first dibs for sponsors as well – and even if the men’s sponsor also wants to sponsor the women, they can’t. That means a double whammy for the Women’s Six Nations became if the men’s sponsor is, say, a major bank not only do the women lose a chance for their support, but they also lose any hope of support from every other bank (can’t have competing sponsorships)!

The Women’s Six Nations and has been linked to the men’s for over a decade and it’s time to say “enough”. In the end there is a glass ceiling and women’s rugby has just hit it.

The time has come for women’s rugby play its own tournaments when it suits the women’s game, not the men’s. Time to stop grabbing at whatever scraps fall from the men’s table or being grateful if the best player in women’s rugby gets a chance to stand next to Antoine Dupont when he has his photo taken. It’s nearly 40 years since women’s test rugby started – its time the game started to make its own way in the world.

The Women’s Six Nations and has been linked to the men’s for over a decade and it’s time to say “enough”. In the end there is a glass ceiling and women’s rugby has just hit it.