After a record-breaking World Cup that shattered every media and crowd record, where do we go from here? 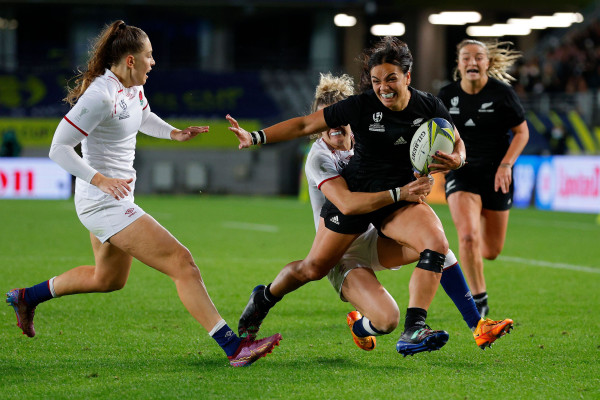 We have been here before. After the 2010, 2014 and 2017 World Cups raised the stakes and set new levels of interest in the game, we all asked what we had in place to build on that. And there was.. very little new.

But after this World Cup it could not be more different.

It seems odd to say this, but this year’s World Cup is just the start. Over the next few years, building up to the 2025 tournament and beyond it, we are going to see more women’s test rugby than we have ever seen before.

By next year every confederation is expected to have its own, annual, test championship – which is pretty amazing when you consider that South America has never had one, while Africa’s only tournament was a slightly odd invitation-only event back in 2019.

And they will just be a hors d'oeuvres – a mere warm-up for an annual 18-team worldwide tournament that will see England (and France) play New Zealand (and Canada) home and away every year.

The regional tournaments that we can look forward to will be:

Asian Championship – to be revived after going in to abeyance since 2019 due to Covid. This is likely to be played over two tiers, with Japan, Hong Kong, Kazakhstan and China expected to be in the top division.

Africa Cup – this year a series of qualifiers have been played leading to a finals next year. Looking ahead, this is expected to evolve into an annual three-tier tournament with promotion and relegation, involving at least 12 teams.

South America – quite what this will look like is unclear as currently only Colombia and Brazil are playing test rugby. SudAmerica Rugby’s policy is currently more a ground-up development model, but nations such as Argentina and Peru are rumoured to be developing XVs rugby

Europe – The only area where there is some controversy as the Six Nations retains it position as the premier tournament, despite being a closed competition with no promotion or relegation. All Six Nations teams are guaranteed a place in WXV, whereas only the winner of the Rugby Europe Championship get a place. That championship has already begun, with a five team second tier Trophy tournament already underway. The Championship itself will take place next year involving Spain, Netherlands and Sweden.

The only region not currently included is the Caribbean and central America, where RAN (Rugby Americas North) are gradually building towards the re-introduction of XVs rugby after it collapsed under the pressure of 7s about 10 years ago.

These regional tournaments will produce 18 teams to play in WXV, which itself will be played across three tiers.

WXV3 will consist of the 6th team from the Six Nations, the European and South American Champions, and the runners up from Asia, Africa and Oceania.

To make it even more interesting there will be promotion and relegation between WXV2 and WXV3, and also between WXV 3 and the highest ranked team outside the WXV.

This will have a dramatic effect on how much test rugby is played. Prior to 2019 teams such as Australia played only three or four tests per year – if they were lucky. Now Australia can look forward to playing at least six tests per year, including regular visits to Europe which, for a team that has never gone on an overseas tour before, will be huge.

The only question, perhaps, is how sustainable this will be in what is still a largely amateur game – and perhaps the answer to that will be an even greater push towards at least semi-pro rugby in most of the teams who qualify for WXV.

After a record-breaking World Cup that shattered every media and crowd record, where do we go from here?