To preview the main continental teams taking part in this years Autumn Internationals we thought we'd ask the writers behind some of the top European women's rugby sites.

Lorenzo Cirri is an Italian women's coach who has been reporting on women's rugby in Italy (and beyond) for many years on his Ladies Rugby Club Facebook page and, for the past four years, on his website. 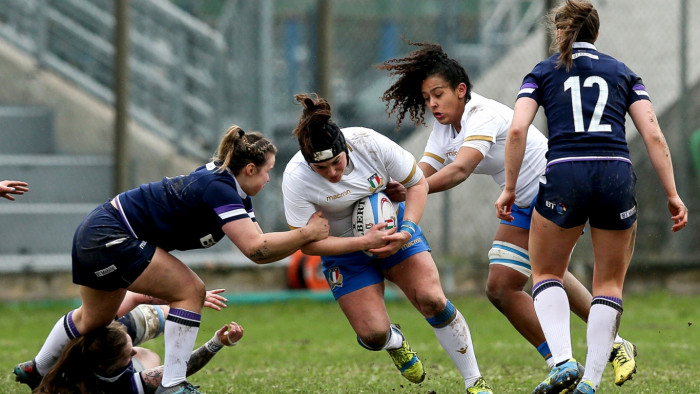 Here in Italy, the situation is constantly changing, at the beginning of September it was decided to restart the women's championship and Pool 1 (Elite, in which almost all the players of Italian team play) will resume on October 18, while the other 3 Pools will start on November 15, but the infections are growing strongly and everything could slip again.

Two training camps have been held, one in September and one in October and there will be a third just before the 6 Nations match against Ireland.

Up to now, the players competing in the French championship have not participated in the training camps. The choice was to let them play the games with the clubs, to accumulate as many minutes of play as possible. But because they are forwards this could be a problem because at this moment the scrum hasn’t been able to practice fully.

Personally, the impression I have is that the long absence from the pitch could be felt in the initial stages of this long international autumn. The athletes resumed their preparation following their club's programmes. But it's clear that such a prolonged stop has some effect on the level of rhythm and fluidity of the game.

From what I know the players are now working to rebuild the various set pieces and work on the game mechanics.

According to what we know, the two Six Nations games against Ireland and England will be used as a warm-up (albeit in a different way) for the World Cup qualification tournament games.

We will probably see on field against Ireland a team very close to the starting one, while the game with England should see some new and younger players (or usually less employed) on field as a way to give to these players some experience and to protect key player from the great physical potential of England.

As for the qualifying matches for the World Cup, Italy must certainly win the two that it will play at home, because the match in Ireland (which could determine direct qualification), will be very tough. Scotland is a known opponent, which is by no means underestimated, because there has been constant growth for the Scots in recent years. Playing in Italy could have been an advantage, but playing without an crowd will likely negate that advantage, as well as for the match against Spain.

At the moment I see Italy as a team, superior to Scotland, but I cannot forget that many of the Scottish players play in the Allianz 15s and this is a very important factor as it is a higher level of that tournament than the Italian Serie A.

The match I fear most is the one with Spain (if the Iberians will be the winners of the European Championship). The rivalry between the two teams is very strong and we all remember that in 2017 at the World Cup, Italy was defeated in the Pool and managed to beat the Spaniards only in extra time in the final for ninth place.

This could be the match that will decide a possible second place and Italy will have to win it in every way. Often, when Italy had to play a decisive match against Spain (as in the 2014 world cup qualifying tournament), the Azzurre can be over confident. In addition, the Spanish have excellent sevens players in their team and this makes them very fearsome. In my opinion this will be the real final of the tournament, because if Italy were to finish in second place, the repechage tournament will present opponents of lower quality than Italy.

Among the players to be watched for is the very young (18 years old) Vittoria Ostuni-Minuzzi, fullback or wing, designated heir of Manuela Furlan, who had played excellently in the Six Nations matches against Wales and France.

I would certainly add Francesca Sgorbini and Sara Tounesi who are having an excellent start to the championship in France with Romagnat. Given Arrighetti's temporary indisposition (recovering from a thumb surgery), we should see Sgorbini used a lot and this could be her definitive consecration.

Some very young players have been invited to the two training camps, among them Sofia Rolfi winger, now at Rugby Colorno (after a season with Wasps) and also Sara Seye, backrow of Rugby Calvisano, also from Wasps, who seems very interesting. I hope they can be added to the squad, because they are two very interesting players, with good physicality and good skills.