6 Nations off with a bang

Ali Donnelly reflects on a highly competitive opening round of the women's 6 Nations. 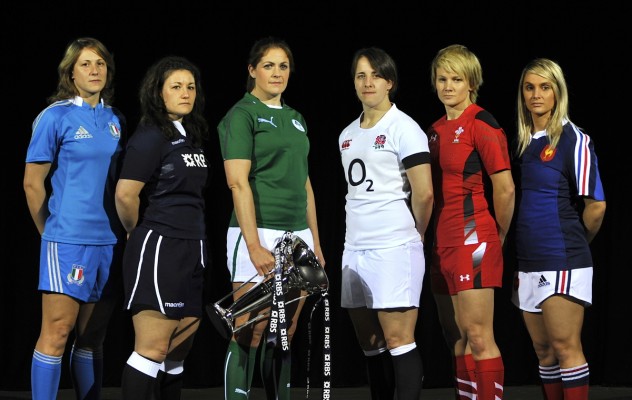 The 2014 edition got off to a cracking start at the weekend with the tournament, even at this early stage, wide open.

It wasn’t always the case in the women's 6 Nations.

When England won seven titles in a row right up to 2012, there was an air of fatigue about this tournament - at least for everyone else.

Ireland were improving, France would occasionally make a decent fist of chasing the team in white to second and Wales did actually topple them in 2009,  but it was never really close enough to describe it as competitive.

Last year things started to change. With England under-strength, Ireland superbly took advantage of that factor as well as a favourable home fixture draw, hammering home their great form at Ashbourne and squeezing tight wins in poor conditions on the road to deservedly lift the title.

Retaining their title this season was always going to be a huge ask, with their clashes with France and England away this season, but they couldn't possibly have put a better marker down with a 59-0 demolition of Scotland on Friday night.

Ireland will now be favourites to make it two from two next weekend when they host Wales, and their away trips to England and France, countries where they have never won, are suddenly looking far less daunting. With Claire Molloy in superb form in the back row and with powerhouse centre Jen Murphy starting extremely well, Ireland are in good nick at this early stage.

Italy’s win over Wales on Sunday, while not entirely a shock (they beat France last year and only lost to the Welsh by a point, as well as coming close to upsetting Ireland’s part yon the last day) will still be huge fillip to the improving Italians who showed real strength up front and who won’t be afraid of facing the French this weekend.

With all of their attentions focused on this tournament, after they failed to qualify for the World Cup, the Italians could yet cause some other upsets along the way this season.

And so to England’s visit to France. Back to full strength and with France missing a few experienced faces, Katy Mclean’s side were favourites especially considering the feeble French effort in Twickenham last November.

As ex-England captain Sue Day said after the game, it's never a complete surprise when France win in France but the manner of the victory certainly was a surprise.

France had a simple game plan and boy did they stick to it. England failed to deal with their driving lineout, from which they conceded two direct tries, and the solid French rearguard frustrated key players like Maggie Alphonsi and Emily Scarratt, two of England’s go-to names when they need go forward.

With Marjorie Mayans shoring up the defence in midfield and with the French back row going superbly, the wily Sandine Agricole was a huge influence at flyhalf and after that performance, fans of this tournament can only wish this is the French side we see every weekend in this competition.

Often it is not and France must surely back this up with a win over Italy next weekend.

For England, there’s no shame in losing to France away, but there must be concern in the camp at a failure to come with a plan B, despite some tenacious periods of defence. Scotland could face an unwanted backlash next weekend.

Finally a word on the French crowd of almost 10,000 at the game on Saturday evening. The numbers and the noise bode very well indeed for the World Cup later this summer. A job well done by the hosts.

Ali Donnelly is the founder and editor of Scrumqueens.com. She started writing about the women's game in 2000 for local newspapers in Ireland and founded Scrumqueens in 2009.